The Pyramids of Giza – Cairo, Egypt

Today’s Archi-Find is an ancient one. The Pyramids of Giza were built around 4500 years ago and although there are theories about how they were built, with the basic tools available back then, it’s still not clear exactly how it was done in the relatively short time period. With each stone weighing at least 2.5 tonnes and an estimated 2.3 million stones, it really is a mystery how the pyramids were constructed.

One thing I wasn’t expecting was how close the Pyramids are to the city of Cairo. You imagine a long journey into the desert to see this ancient wonder of the world, but the city has expanded so much that it now lies right on the edge of this heritage site. In a way this takes away from the experience of reflection you would hope to have here. You want to imagine what life was like building these incredible structures, all those thousands of years ago. If you can ignore the hustle leading up to them and the litter surrounding you, then you can get a moment to wonder.

The history surrounding ancient Egypt is truly fascinating to me and we had a great tour guide to give us a running commentary which really brought it all to life. I recommend going with a guide as they help you avoid the tourist traps and show you some parts in more depth that you might normally gloss over. We were lucky enough to enter 1 of the tombs although it didn’t have walls covered in paintings and markings like you have maybe seen on TV. A lot of those tombs are closed to the public to help preserve them, so the one we entered was a chamber that you had to climb down a steep tunnel into. It was so quiet inside that it gave me that first true moment of reflection about their way of life. The fact that their dead were so guarded and worshipped shows a very different culture than what we see today.

The Sphinx is another fantastic sight. The obscured past of this giant carving means that there is still a lot to find out about it. There is evidence now that shows it could even predate the Pyramids. There are theories that it could have once been victim of a flood, shown by the wear to the base of the Sphinx, but this is hard to believe given the desolate desert that surrounds it. The ambiguity around these grandiose structures makes it all the more fascinating.

– The stones used to build the Pyramids were between 2.5 and 15 tonnes each.

– There is an estimated 2.3 million stones that make up the structures.

– The Pyramids were once covered to give them a smooth surface. It was made from stones like granite that were valuable and so a lot of it was stolen over the years and sold off.

– There is now evidence to suggest the Sphinx predates the Pyramids. 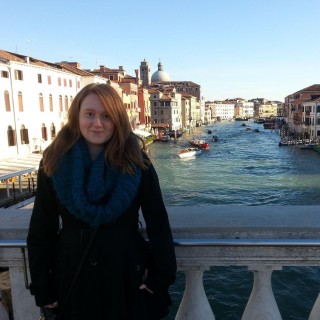